Home | News and Events | Until the daylight comes 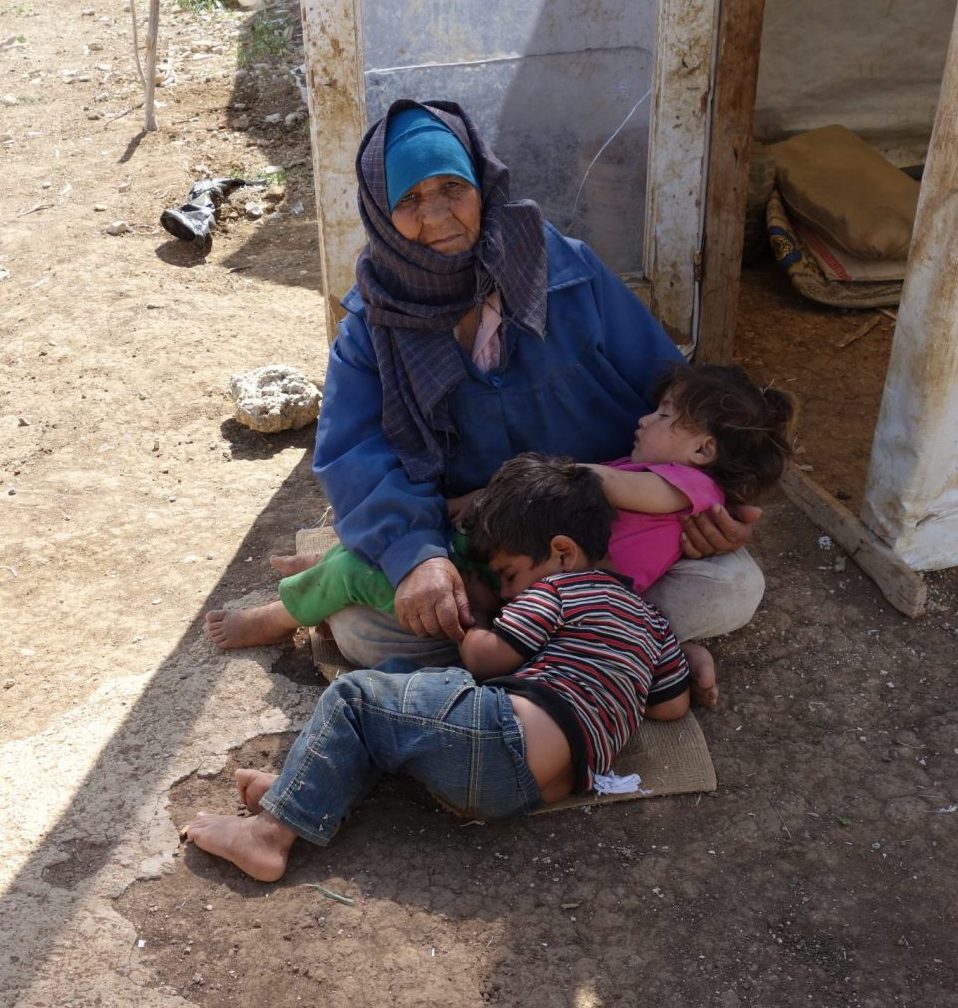 Until the daylight comes

As part of our first round of responsive fund studies, consortium members at American University of Beirut in Lebanon have been talking to close-to-community female health workers about their experience of working during COVID-19.

My husband and I woke up that night to the sound of bombs. My baby daughter, who was sleeping next to us, also woke up and engaged in continuous screaming that masked the sounds coming from outside. The following morning, my husband decided that we would leave Syria to live with his brother who has been established in Beqaa, Lebanon for 15 years. My mother-in-law and two unmarried sisters-in-law also fled with us.

With the help of my brother-in-law, we settled in Barr Elias, Lebanon where we have rented a small apartment of two rooms which cost the savings we had. Of course, this apartment was much smaller than our big house in Syria. We missed the garden too, but it was better than living under the tents in the heat of the summer and the cold of the winter like many of our fellow citizens. My husband started to work in the construction and agricultural fields. He also worked as a carrier of items and any other type of job he found. In Syria, he had an electronics shop that was destroyed on the very first day of bombing. Although I am a pharmacist by education and worked in Syria in a health center pharmacy once I graduated and till the birth of my daughter, I did not look for work when we first settled in Lebanon. I was kind of waiting for the war to calm down and for us to return back to Syria. I gave birth to two more children while in Lebanon, and we, little by little, got used to our unusual life conditions that ended up being permanent.

In 2017, UNHCR started to reduce the value of the packages of help for registered refugees. At the beginning, a package was $80 per person per month then it started to decrease to reach $18 per person. Then the cash distribution stopped completely for us and remained available only for those living in camps. At the same time, the verification for the Syrians’ legal residency had greatly increased and my husband, who had never registered as a refugee in fear of being called for military service and returned to Syria, started to find difficulties in going to work. I had decided to work and easily found a job as a pharmacist assistant. 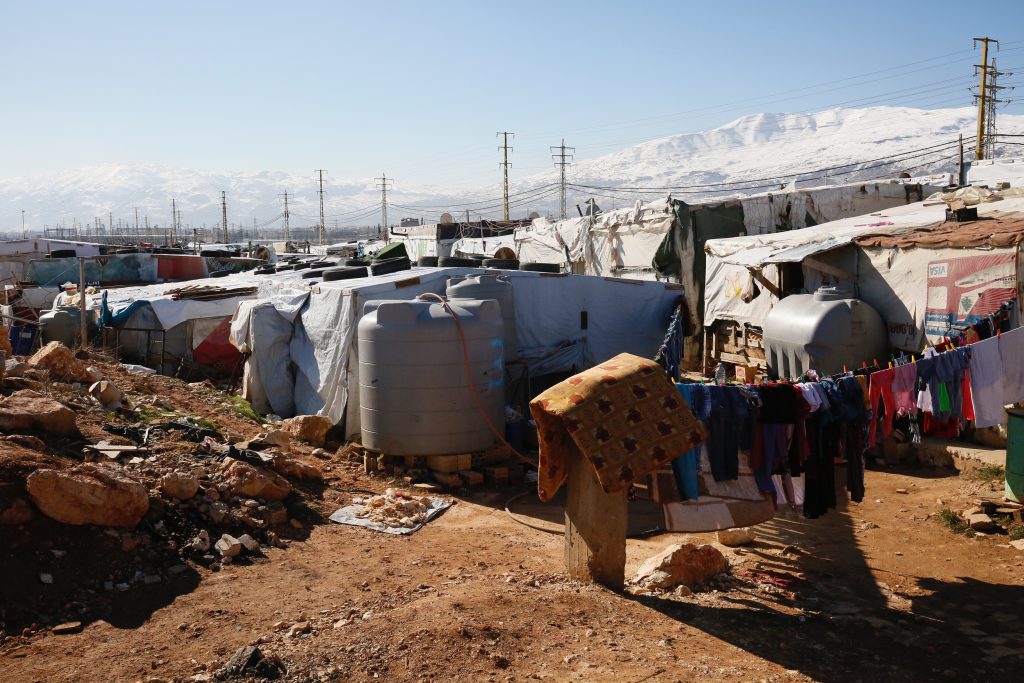 The impact of COVID-19

When the coronavirus crisis started, my husband could not generate any income anymore. All the small jobs he used to attend to here and there had stopped. The responsibility fell on me to support the family financially and to take care of the household. This is why I took another job which required doing health awareness in the Syrian refugee camps with a non-governmental organization. I was doing four hours work at this organization after my six-hour shift at the pharmacy.

Working in two jobs and being a mother was not easy, especially during the COVID-19 pandemic. The kids are at home, learning online. We are all tense: my husband, my children and myself. My husband helped me with home responsibilities; he used to teach the children and take care of them. Our children also helped, but the bulk of work remained on me. Sometimes, I could not finish the domestic chores until late at night. Both my salaries from the pharmacy and my daily income from working at the organization were not sufficient and did not correspond to the efforts spent. Plus, I had to pay for transportation that was taking a big chunk of my salary. But what to do? We should be happy to be able to work.

I loved the work at the pharmacy because it is my profession, but what I loved much more was my new job. I loved communicating with people. Feeling that the prevention of corona virus in the camps depends on me, I enjoyed fulfilling my duty towards my community. However, there were a lot of problems in doing this work. Entering the camps was not easy. I had to find the camps without being given precise locations and had to negotiate access with the responsible parties. I was afraid of catching corona virus and transmitting it to my family. I did not feel secure. I had only the mask from the organization, and this made me question my precautions: Did I touch the tent? Did I get close to this coughing child? Did I touch my face? This had turned into an obsession that increased to the point that I started to buy a sterilizer and gloves out of my own pocket and used to change all of my clothing everyday as soon as I entered the home before greeting anybody.

When the winter came and the days became shorter, a major complication occurred and made me resign one of the two jobs. I could not work for 10 hours like before because this means I will be returning home at 7pm when it was already dark. I would have to face the gazes of people questioning: “What is this woman doing alone on the street at night?” Also, in the camp, it was not safe to remain when it is dark, plus taxis were much more difficult to find during that time, and they were more expensive. I found a solution. I teamed up with another female volunteer to do the job tasks together, to save on transportation, and to be better seen in the camps and our neighborhood – two is better than one. However, this solution did not work long because the husband of my colleague forbade her to go out in the afternoon. I had to resign one of the two jobs. I chose my heart and resigned the pharmacy and started to attend the camps in the morning.

Until the daylight comes

For me, life is difficult. I am distressed, tired, and traumatized because of what we had lived through back in Syria. I feel humiliated because of what we are; living as refugees, missing those left behind and tortured because of the fear of corona virus. I feel sad because of the conditions my fellow citizens are living in and much confused about the future. But I know I am strong. I don’t give up. I tell myself: “I found work, others did not. I live in an apartment, but others live in tents. I am a pharmacist while others cannot read and write. I have three children, yet others cannot even have one. I did not mourn anyone, and unfortunately, others lost dear ones. I am alive, but others died. I should look at the future with the blessings I have, the light I have.” I just have to bear and accept the responsibilities that God wants me to handle. I should do whatever I can to remain safe and keep my family together. Some day all of this will end, and we will be doing ok. We will gain back our dignity. Maybe we will return to our previous life in Syria or start a new life as a family in Europe. Yes, I survived, and I will continue to survive until the daylight comes.