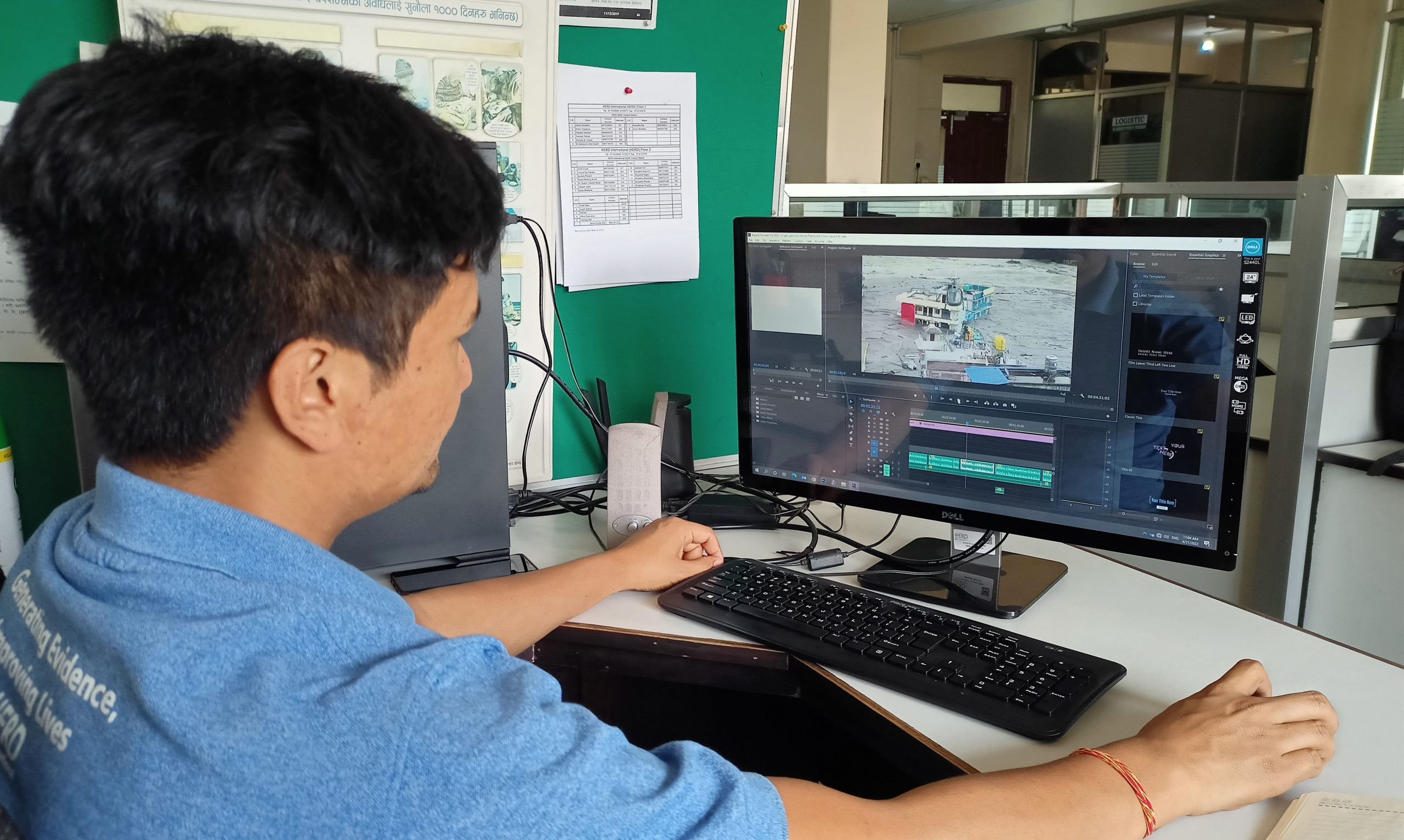 A blog post from Shreeman Sharma of HERD International.

Audio-visual communications are influential media to communicate messages to the intended audience. However, they may not be impactful unless we communicate a message that is understandable to the target audience. In this blog, we will share our experience of an audio-visual material production that includes some practical insights on presenting complex ideas to non-technical audiences.

Currently, HERD International is implementing a study on health system resilience in fragile and shock-prone settings as part of ReBUILD for Resilience; an international research consortium that examines health system resilience in fragile settings experiencing violence, conflict, pandemics and other shocks. In Nepal, we closely work with the federal, provincial and local governments while implementing health system research projects and have been doing the same for ReBUILD for Resilience as well. Introducing the study, including its relevance and expected outcomes, to the stakeholder is quite important if we are to engage them from the beginning of the project. Although we consult with major stakeholders during the conceptualization of the study, there are some limitations in reaching out to all of the stakeholders during this phase of the study. Therefore, we reach out to a wider group of stakeholders during the inception stage of the study. We explore multiple avenues to communicate with our intended stakeholders during such events. One of the communications means we use to reach them is audio-visual material.

All the actors might not be familiar with the concept of resilience in the health system, which is a core focus of ReBUILD for Resilience. So, we decided to produce a Nepali version of an animated video that was originally produced by the ReBUILD consortium in the English language (watch the video below). This three-minute video tells us about the concept of health system resilience and types of health system responses during shocks and stresses. The video introduces some key terminologies like collapse, maladaptive response and resilient response. It further describes the resilience response by introducing terms like absorption, adaptation and transformation with the help of animated visuals.

We reproduced the video using similar animated visuals in the Nepali language and screened the results among local-level stakeholders, including officials of the local government, representatives of non-government organizations and elected representatives of Kapilvastu municipality – a ReBUILD for Resilience learning site in Nepal. Since we were compressing the concept of shocks and stressors, health system resilience, types of response and our study objective into a three-minute video, we realized that the video was too complex to enable our audience to properly understand the message we were trying to communicate to them. Although we did not survey or ask the participants about the degree of their understanding, we realized that we could have told a similar message in a simpler way. Why did we realize so? We have the following reflections:

• Translation: English and Nepali versions of the same text are not the same length. As the video progressed the Nepali text was increasingly out of synchronization with the animation.
• Terminology: Nepali terminologies are available for some key English words used in the video such as resilience, collapse, maladaptive, adaptation, absorption and transformation. However, quite often they are not used or practiced in day-to-day language. For example, the Nepal government has officially used a Nepali word ‘Utthanshil’(उत्थानशील) to denote the meaning of ‘resilience’. However, stakeholders have also been using different words to represent the meaning of resilience in different contexts. Similarly, English has words to exactly describe some complex ideas which Nepali does not have. We felt that we needed to explain these terms to the audience, sometimes elaborately and with examples.
• Local context: The English video presents the idea of a resilient response, taking examples from other consortium countries like Myanmar and Sierra Leone because the video is targeted at the international audience, not at the country-specific audience. Since there are plenty of examples from Nepal regarding how a health system responds to shocks, providing examples from Nepal could make the concepts in the video clearer to Nepali audiences.
• Cultural aspect: We also realized that some visuals in the video might be culturally sensitive (eg stepping on a ballot paper in a democratic country may be taken as offensive by elected leaders) whereas showing the sign of the US currency ($) may not make sense to Nepali audience. Therefore, the possible reaction of the audience should be considered instead of directly adopting the texts and visuals.

So, the learning from this was that communication products are effective when they are designed with the target audience in mind. The audio-visual content which explains ideas for a general audience might not be effective for a specific audience. For example, the adaptation of content targeted at an international audience might not be impactful for a local audience. Similarly, segmentation of audiences for similar content is also important. For example, the audio-visual communication products for federal-level policy makers may not be impactful for subnational or local-level policy makers.

In summary, when target audiences are different, an adaptation of the same message may not create expected the impacts. Therefore, alternatives should be sought. With this learning in mind, we decided to produce another video showing the concept of health system resilience with examples from Nepal. This includes how Nepal’s health system was affected by a decade-long armed conflict, the 2015 earthquake and COVID-19, and how the system responded in these situations. Providing local context with related footage and simplifying the concept from examples and elaboration would convey the message with greater impact. At the same time, we should also be cautious about the length of the video, ensuring that it does not test the patience of the audience and that they watch our message until the end.

The original English-language version of the video